This is my Rig, There are Many Like it...
What do you play Eve on? I'll show you mine if you show me yours! Are you pew-pewing on a laptop? Plotting universal domination on a 12 monitor set up? Mining away on a 50" TV? Is your set up located where your other half can speak to you or do you lock yourself away for hours in your Eve themed shed? How do you play your important internet spaceships?

TL; DR; The executive summary-pictures will save you a thousand words: 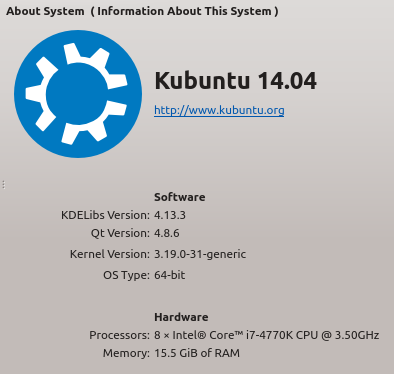 Not much to add here - not shown is the Gigabyte Z97N Wifi Mini ITX motherboard and 2 x 1 terabyte spinning disks (non raid).

Went with Kubuntu 14.04 here for the LTS - my first Debian based installation at home - favoured Red Hat based up until now.

I still run Fedora 21 on the laptop, but will probably also reinstall this soon. 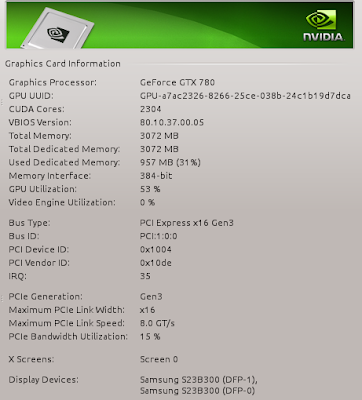 The graphics card is the only somewhat above average item in the build (or was at the time of purchase).

At that stage there was a possibility that we might have to explore GPU processing at work and I used that as an excuse to convince the wife.

GPU processing didn't pan out but the graphics card stays. 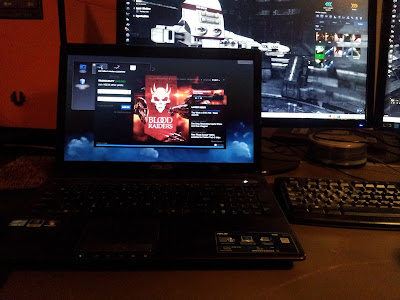 When I travel I "play" on a laptop. 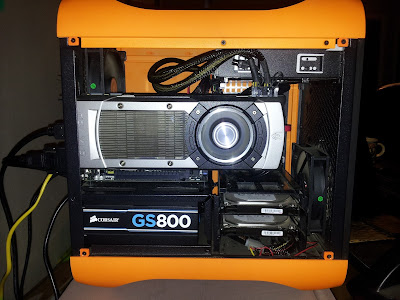 The side-on view of  the techni-coloured mini ITX case with some of the paraphernalia exposed if you are into that sort of thing. 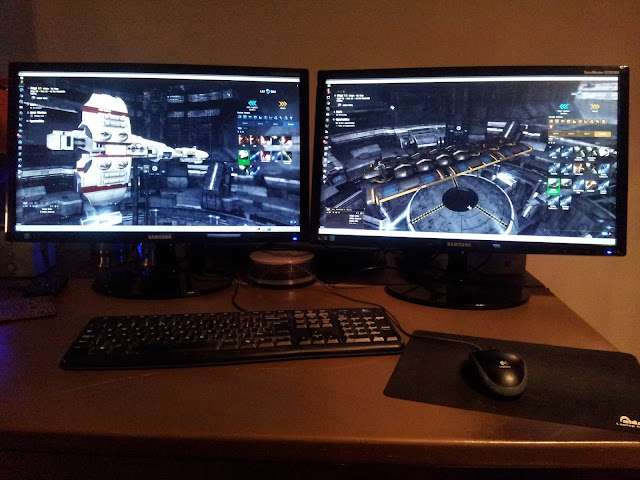 It is just the wife and I in our household despite me being in my early forties and my wife in her middle-late thirties.

In our previous house my "office" was set up in a spare room but this meant that we were often separated when I was working late or playing EVE.

In our new abode, the computer workstations are set up in the open plan living space.  The laptop on the left and the Swiss ball are hers not mine.  When things get really serious and I need another screen/client I will squeeze my laptop into the space where the coffee mugs are in the picture. 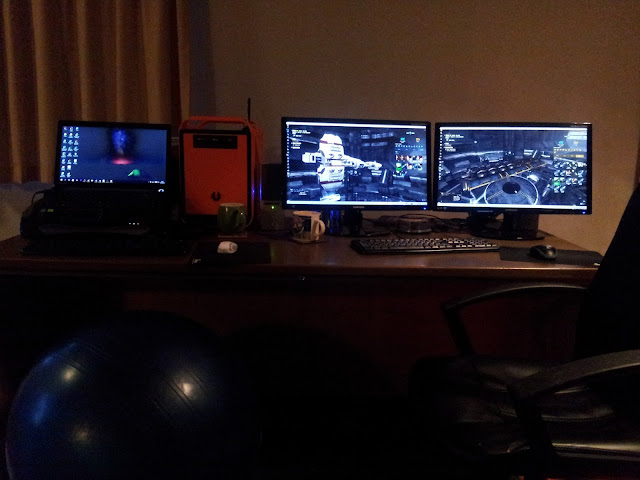 The boss is a sports scientist and does not play eve.  Calls us nerds.

She does understand a fair bit about the game though.  In addition, she can see and hear everything that goes on on my side.  Boy did I cop an earful when I went ganking the other day...

Posted by Absence of Substance at 15:57